UK Budget 2021- An update for international clients and their advisers 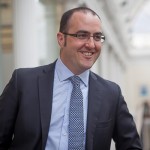 Almost a year into the Covid-19 pandemic, the Chancellor addressed an almost empty House of Commons today to present his second full Budget.

Declaring that his Budget “meets the moment”, Mr Sunak outlined a three part plan to help the country recover from the lengthy periods of lockdown that have been a fundamental part of the Government’s Covid response.  This Budget, he says, will “Support people and businesses”, “Fix public finances” and “Build the future economy”.  Given the OBR’s estimate that the UK’s debt will peak at 97.1% of GDP in 2023/24, it was perhaps surprising to see that the majority of tax increases predicted were largely avoided; a relief, no doubt, to those in Private Equity with carried interest and co-investment rights that tend to generate gains rather than income. 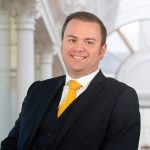 Instead, the Government intends that companies will carry the majority of the burden to reduce the deficit caused by the pandemic. This is contrary to their previous approach of encouraging business investment by reducing Corporation tax rates; however, there are attempts to incentivise business investment in the short-term with their ‘super deductions’ for capital allowances.

We have outlined a summary of the Budget below, concentrating, as usual, on those measures that will have an impact on foreign domiciliaries (“non-doms”) and their advisers.

The Budget provided largely good news for personal taxpayers as, contrary to most expectations, there will be no changes to the rates of income tax, national insurance or VAT for the 2021/22 tax year.

The capital gains tax rates also remain unchanged; although the threshold will remain frozen at £12,300 until April 2026.  There will also be no reform of the inheritance tax system as had been mooted, in particular business relief and lifetime gifts will continue to be possible.  The threshold at which inheritance tax is payable will remain at £325,000 – as it has done since 2009/10.

Following much speculation the Chancellor has announced that from 1 April 2023 the corporation tax rate will increase to 25% (there are no changes planned prior to April 2023).  On the introduction of the higher rate, there will be relief for small Companies with profits of £50,000 or less who will continue to pay tax at 19%, with the new top rate applying over £250,000. A tapered rate will apply for Companies generating profits between the thresholds.

Prior to the rate increase, the Chancellor has confirmed that between 1 April 2021 and 31 March 2023, businesses will be able to make ‘super deductions’ by way of enhanced first-year capital allowances for expenditure on plant and machinery.

The Chancellor also announced that for a two-year period (broadly speaking the accounting years between April 2020 and April 2022) it will be possible to relieve trading losses against profits for up to 3 years. The relief will apply to trading losses of up to £2m and should allow a number of businesses to improve their cash flow by claiming tax refunds in respect of earlier years.  This enhanced relief will apply to companies, partners and self-employed individuals.

In response to reduced activity in the housing market during the pandemic, the Chancellor has committed to extending the temporary Stamp Duty Land Tax (“SDLT”) relief, which he introduced in July last year. The original allowance, which was due to end on 31 March this year, saw the threshold for SDLT increase from £125,000 to £500,000, with the reductions being passed on to those falling within the upper rate bands as well.

In his address to the Commons this afternoon, the Chancellor confirmed that the reduced rates of SDLT will now run to 30 June 2021.  There will be some tapering when rates revert to their original levels, as house purchases completing between 1 July and 30 September 2021 will see the threshold set at £250,000.

However, it is not good news for all house purchasers.  The government’s attempts to “aid UK residents” sees the introduction of a further 2% surcharge for non-residents purchasing residential property from 1 April 2021.  The 2% surcharge will apply in addition to the current 3% surcharge where an individual acquires a UK property if they already own a residential property anywhere in the world.  With a basic 12% SDLT rate for a property purchase of £1.5 million or more, this could increase to as much as 17% for a non-resident purchaser buying a second home.

As usual, the Government has announced that they will be “cracking down on tax avoidance and evasion” – conflating the two, very different, terms.  The measures that have been announced are predominantly tinkering around the edges.  Some harmonisation of interest and penalty charges, a very technical point regarding digital sales suppression (which is, of course, illegal), information powers to tax those in the “gig economy” and, most importantly, a consultation on the implementation of a Mandatory Disclosure Regime.

Finally, the Chancellor has announced another reform of the visa system, championing the need to support and accelerate immigration for highly skilled individuals to the UK.  The reforms essentially signal the commencement of the post Brexit immigration plan for the UK to the proposed “elite points based system” and include:-

It will be interesting to see how the success of the various reforms extend to the immigration of skilled global workers more widely, and the opportunities created.  We await full details of the schemes, which are scheduled to be published in July.  The government aims to implement and launch a number of the new schemes from March 2022.

As always, if have any questions on how these measures will affect your tax affairs, or the affairs of your clients, then please do not hesitate to contact us.

Alternatively contact us here and one of our specialist tax advisers will get back to you.

This bulletin is intended to provide general information only and is not intended to constitute legal, accounting, tax, investment, consulting, or other professional advice or services. Before making any decision or taking any action which may affect your tax or financial position, you should consult a qualified professional adviser.

Categories: Articles and Publications, Tax Updates, Taxation of NondomsBy Mark Davies & Associates3 March 2021
Recent posts
Go to Top
We use cookies on our website to give you the most relevant experience by remembering your preferences and repeat visits. By clicking “Accept”, you consent to the use of ALL the cookies.
Cookie settingsACCEPT
Manage consent