Political point scoring over the non-dom tax regime has continued in recent times with shadow Chancellor, Rachel Reeves, pledging if elected, to reduce the time that the Remittance Basis can be accessed from 15 to 5 years. In this article we round up our response to the debate. 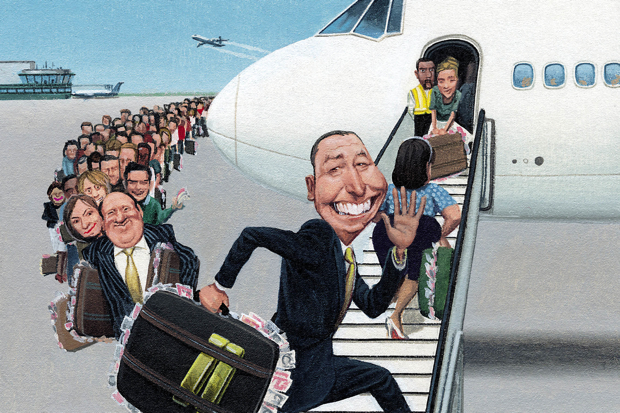 Details of Labour’s plans remain in the realm of press releases rather than published policy statements, yet whenever a debate about the fairness of the regime is triggered it highlights a widespread misunderstanding of its mechanism and economic benefits. In eprivateclient Mark Davies decries Labour’s promises to curtail non-dom tax status as “cutting one’s nose off to spite one’s face”. He maintains that discouraging wealthy immigrants means that the tax burden becomes greater for those remaining. The non-dom contribution is more than £6 billion annually in direct tax and a considerable amount in indirect taxes, as a non-dom will call on services from plumbers to luxury retailers. ….read the full article in eprivateclient

Clearly, Labour’s announcement is in response to the altercation over the tax status of Akshata Murty, the wife of the Chancellor, Rishi Sunak, which has prompted the question ‘did the Chancellor “benefit” from her foreign domicile?’ In Accountancy Daily Mark Davies examined ‘mixed domicile marriages’.

A non-dom such as Akshata Murty can elect to pay tax on the Remittance Basis, paying UK tax only on UK sources of income and gains and those remitted to the UK from foreign sources. However, the definition of such remittances includes the use or enjoyment of goods in the UK, such as jewellery with a value over £1000, bought using foreign sources of income. Under current tax legislation a husband and wife are ‘relevant’ persons to one another, so gifts from Akshata to Rishi bought with foreign income would trigger a tax bill, as would services enjoyed in the UK but obtained with foreign income or gains.

On the other hand, UK law allows for the transfer of UK assets between spouses at ‘no gain, no loss’ for the purposes of CGT. Rishi, a UK domiciled spouse, could transfer an asset to Akshata, his foreign domiciled spouse without creating a tax bill. However, this can be challenged by HMRC if the asset is wholly or substantially a right to income or where the asset is transferred on paper but the equitable ownership has not transferred in reality.

Furthermore, with careful tax planning, a mixed domicile couple can arrange that the UK domiciled spouse can pay for UK expenditure whilst the foreign domiciled spouse pays for foreign expenditure, which can reduce the UK taxes which they pay jointly.

In Wealth Briefing, the article argues that tax policy should not be shaped by outrage, whether real or not, about the specific actions of individuals. It promotes the need to retain the reputation of the UK as a financial centre that is open and friendly to foreign investment. Mark Davies is invited to provide an explanation of the legislation around foreign domiciliaries which explains the irrelevance of Akshata’s passport in this debate.

Categories: Articles and Publications, MDA in the News, Press Releases and Commentary, Taxation of NondomsBy Mark Davies & Associates27 April 2022
Recent posts
Go to Top
We use cookies on our website to give you the most relevant experience by remembering your preferences and repeat visits. By clicking “Accept”, you consent to the use of ALL the cookies.
Cookie settingsACCEPT
Manage consent