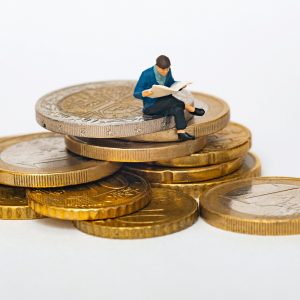 Two years to the day since the UK went into its first “lockdown” and the Chancellor, Rishi Sunak, took to the stage once again.  In a speech full of the traditional hyperbole and political phrases, his final “rabbit out of the hat” announcement of a first cut in the rate of income tax in 16 years was perhaps the most surprising (to be implemented from April 2024).  Other announcements such as an alignment of the personal allowance for income tax and the starting point at which an individual pays National Insurance were much “leaked” before the speech.  Of course, the NI “cut” comes amidst an increase to both the employee rate and the employer rate.

Other announcements include cutting the VAT on energy efficient upgrades and a focus on increased capital expenditure by business.  As could have been predicted, there was little change to the position for the international taxpayer.  The focus of this Statement was very much on domestic issues.

As noted, the increased threshold at which an individual will begin to pay NI has been announced, equalising it with the current personal allowance for income tax of £12,570.  A drop in the basic rate of tax to 19% from April 2024 will make a small difference to taxpayers, in two years.  Otherwise, there is little in this Statement around personal taxes.

There have been tweaks announced regarding the Annual Investment Allowance, Apprenticeship rules, Business Rates and the Employment Allowance.  The biggest change is of course the change that was announced last year of an increase in the main rate of Corporation tax to 25%.

The Government want to further encourage capital expenditure by business, so will be consulting over the summer on changes that will be made in the future.  There is no detail of this consultation at the moment.

As always, if have any questions on how these measures will affect your tax affairs, or the affairs of your clients, then please do not hesitate to contact us.

Category: Press Releases and CommentaryBy Mark Davies & Associates23 March 2022
Recent posts
Go to Top
We use cookies on our website to give you the most relevant experience by remembering your preferences and repeat visits. By clicking “Accept”, you consent to the use of ALL the cookies.
Cookie settingsACCEPT
Manage consent