If you have secured a debt on overseas assets, you need to read this. HMRC have decided that they will, once again, change the way they treat offshore income and gains that are used as collateral for UK debts. 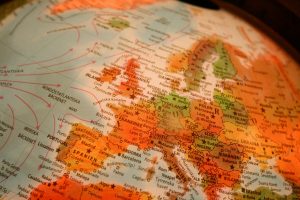 We are specialist tax advisers on domicile, residency and the beneficial remittance basis of taxation.

In the past, it was possible to borrow against your offshore income and gains, bring the money into the UK and have no remittance, so long as you did not use this money to repay the debt. In 2014 the rules changed such that a debt secured on foreign income and gains is classed as a remittance where the proceeds of the loan are used in the UK. At the time, the Revenue released a statement providing a concession as regards the timing of the change and allowing for restructuring.

Initially, HMRC wanted to treat the whole collateral as the remittance, meaning a non-dom would potentially create a significant tax charge by taking out a relatively small debt. Happily at the time the Revenue saw sense and determined that the remittance was the amount of the debt, not the collateral.

It seems that sense has now eluded HMRC and they are treating the whole of the collateral as being remitted to the UK. Unlike with the previous change of practice, HMRC have not released any statements giving concessionary treatment for this change. This can be very serious to anyone who may have brought the proceeds of a loan into the UK where that debt is secured on overseas income/gains.

If you think this might affect you, please get in touch as soon as possible. Contact Us

Categories: Articles and Publications, Taxation of NondomsBy Mark Davies & Associates5 August 2021
Recent posts
Go to Top
We use cookies on our website to give you the most relevant experience by remembering your preferences and repeat visits. By clicking “Accept”, you consent to the use of ALL the cookies.
Cookie settingsACCEPT
Manage consent