An opportunity of a lifetime for the Lionesses? FIFA World Cup 2019

The Opportunity of a Lifetime?

The FIFA Women’s World Cup kicked off in France on June 7th, and there’s a genuine feeling of excitement amongst those involved that the tournament represents a game changer for women’s football.  With the quarter finals around the corner we explore an opportunity that could present itself to the current generation of women footballers. 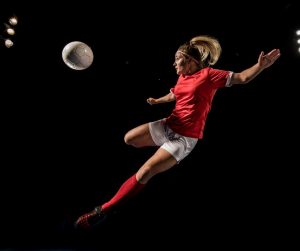 A commercial opportunity of a lifetime

The rise of women’s football

Women’s football has been on an upwards trajectory for the last few years, with increased attendances at club games, increasing press coverage and social media exposure for players. There are more commercial opportunities for the top players from businesses that want to take advantage of their higher public profile.  Whilst the women’s game doesn’t attract the level of salaries earned by the men, the sport as a whole has worked hard to develop a brand focussed on family and community values.

As a result, the leading players are seen as potential influencers, and top brand names are eager to align themselves with these players.  Sue Radley and David Reeves, co-directors of Revo Sports Management, one of the leading agencies in women’s football, have seen an exponential growth in the opportunities being presented to their players; “we’ve seen over the last few weeks there’s been a lot of interest from companies looking to associate themselves with our players ahead of the world cup” they say, adding “major brand names have realised the potential influence the girls will have during the tournament, especially with high hopes that the England team will reach the later stages”.

Given the short playing career of a footballer, it’s important for the women players to maximise their financial opportunities when they can. Certainly, an important step is to maximise the additional revenue that can be gained from commercial opportunities; however, it’s also important to plan how this should be achieved. What arrangements should be put in place to ensure that the benefit of the extra revenues are longer term and can make a lasting difference for the player?

For example, endorsement revenue earned from commercial opportunities can be structured via an “image rights company” rather than personally, with the company’s shares owned by the player herself (so the player always retains the ownership and control of the arrangements).  With the right structuring, revenues earned by an image rights company would be subject to corporation tax in the UK at 19%, rather than a higher income tax rate if received by the player herself at 40% or 45%, depending on the amount of her income.  In other words, the player could more than halve the amount of tax she legitimately pays on endorsement income.

The image rights company could then establish a company pension scheme, with the player herself being the sole beneficiary of that pension.  The company’s endorsement revenues could be contributed to the pension (subject to limits), providing both immediate tax relief for the company and an ongoing tax efficient environment for the contributions to be invested and grown.   The pension is then exactly that; it’s a pot of money that will be provided to the player in her retirement, whilst providing an additional layer of security and asset protection from personal bankruptcy via third party creditors in the meantime.

Sue and David agree it’s important to plan long term, “for us, if we can combine the short term opportunities to make money for the girls with their long term financial security and well being, then we’ll have done our jobs knowing our players have been looked after properly”.

And so, with its global exposure and the race for top brands to secure the right commercial partnerships with leading players, the FIFA Women’s World Cup should represent a golden opportunity for the players to achieve their sporting dreams whilst securing their financial well being for the future.

Categories: Articles and Publications, Image rights, UncategorisedBy Mark Davies & Associates26 June 2019
Recent posts
Go to Top
We use cookies on our website to give you the most relevant experience by remembering your preferences and repeat visits. By clicking “Accept”, you consent to the use of ALL the cookies.
Cookie settingsACCEPT
Manage consent