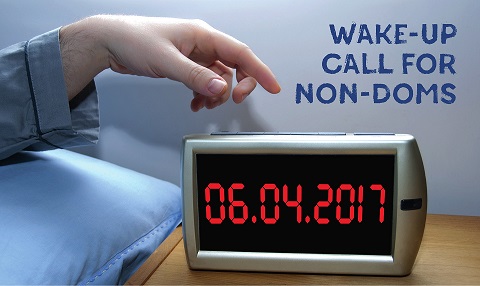 The UK government has today released a consultation document providing additional details on the proposed changes to how UK resident non-domiciled individuals are to be taxed.

The consultation confirms the government’s intention to reform the UK tax rules and bring the tax position of UK resident non-doms more in line with that of UK domiciled individuals.  Importantly, today’s consultation has also provided some indication as to how the government intend to treat offshore companies and trusts going forward, providing some key detail that was largely missing from the previous consultation in September 2015.

Overall, it remains clear that the government will implement a “deemed domicile” rule across all taxes for those non-domiciled individuals who have been UK tax resident for at least 15 of the 20 previous tax years.  Today’s consultation confirms that any “split years” of residence will count towards the 15, as will any years of tax residence as a minor.  This means that non-doms living in the UK will only be able to benefit from sheltering their non-UK income and gains from UK tax for up to 15 years.  Once an individual becomes deemed domicile, they will be subject to tax on all income and gains received in a tax year, irrespective of whether they were derived from UK or overseas sources.

However, today’s consultation provides greater (and indeed welcome) detail on two important points that were introduced by the March 2016 Budget but lacking substantial detail at that time.  The consultation confirms the ability of a non-domiciled taxpayer to rebase their non-UK assets in April 2017, meaning that any growth in value of those assets prior to April 2017 can be realised in the future without a charge to UK tax.  Irrespective of this confirmation, we caution that it remains unclear as to how this rule will be applied where the assets have been purchased initially with untaxed relevant foreign income.  In other words, although the growth in value will not be subject to capital gains tax on the disposal, there may be a tax exposure if the proceeds of the asset sale are remitted to the UK.

Further information on the future taxation of offshore trusts has also been provided.  Non-dom taxpayers will be relieved to see that the proposed “trust benefits charge”, which sought to apply a tax to trust distributions without reference to the source of those distributions, has been dropped.  Instead the government intend to modify the current rules on how trust income and gains are taxed in order to bring them into line with the introduction of the extended deemed domicile principle.  The good news for non-doms is that it should remain possible to structure offshore trusts to allow access to clean capital and capital gains at lower tax rates; however, it is likely that a consequence of this change in approach will be the introduction of even more complex anti avoidance legislation.

There is some more good news for non-doms, in that the government propose to provide concessions allowing mixed funds to be segregated for future use.  The intention here will be to allow non-doms to split income and gains from clean capital held in the same bank account, such that they can move amounts to new accounts and segregate them going forwards.  This will be good news for trustees and bankers as well as clients, but at this stage we would caution that more detail on the proposals will be required before any action is taken.

In general we consider the proposals contained within today’s consultation will provide non-doms with some guidance on how they may be taxed post April 2017; however we would caution that whilst some clarification has been provided the proposals remain as merely a consultation and we are still without any draft legislation.

Categories: Articles and Publications, MDA in the News, Press Releases and Commentary, Tax Updates, Taxation of NondomsBy Mark Davies & Associates19 August 2016
Recent posts
Go to Top
We use cookies on our website to give you the most relevant experience by remembering your preferences and repeat visits. By clicking “Accept”, you consent to the use of ALL the cookies.
Cookie settingsACCEPT
Manage consent