Tax fairness – A non-dom, a builder and a Doctor walk into a Bar….

Wealth Briefing magazine is the premier news and information source for the global wealth management sector. In this week’s edition, Mark Davies illustrates that abolishing non-doms in the name of tax fairness is a fallacy.

The beneficial non-dom regime has been under attack for many years under Labour, Coalition and Conservative Chancellors. At the recent Labour party conference, John Mcdonnell promised the abolition of non-dom status because it is offensive to ordinary people. A Labour spokesperson later confirmed that this would take effect in the first Labour Budget because UK residents should support public services.

Broadly speaking, under current law, an individual who is born legitimately has a foreign domicile if their father has one. If the remittance basis is claimed they still pay tax on UK sources of income and gains. However, they are only taxed on foreign sources of income and gains if these are spent or enjoyed in the UK. Debates on the fairness of the non-dom tax system often overlook and misunderstand that it is only un-remitted foreign income and gains which escape the tax net. This may prevent double taxation or may indeed represent a tax break. Whichever, it is essential in creating a welcoming environment for foreign investment. The growing market of beneficial tax regimes with warm climates and good life styles is highly competitive. Just this week, Greece revealed its version.

HMRC’s statistics, published this Summer, showed that in 2017 to 2018, 78,300 people claimed non-dom status on their tax return and paid income tax and national insurance contributions of £7.5 billion. 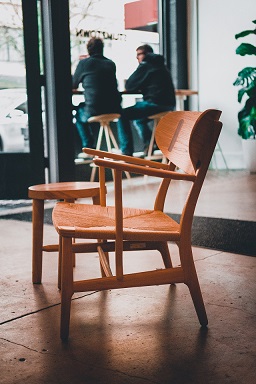 The following analogy may illustrate the contribution which non-doms make to UK infrastructure.

One non-dom walks into a bar along with 768 friends.

After a good night the bar bill is £194 billion. This just happens to be equal to the estimate of this tax year’s total income tax take.

As is perfectly fair, approximately half the friends do not contribute to the bill at all because they are retired, unemployed or very young.

347 friends (roughly 45 per cent) pay 33 per cent of the bill because they are basic rate taxpayers such as builders, nurses or those who have only just started out in their careers.

49 friends (roughly 6 per cent) are higher rate taxpayers. They pay 33 per cent of the bill between them. Amongst them are doctors, lawyers, head teachers and senior policemen and women.

Now our one non-dom and 5 friends are left in the bar. The 5 friends are the Additional rate payers (earning over £150,000 and taxed at 45%)  Just these 6 pay the final third of the bill.

What if the group of friends arrange to meet up for a drink to celibrate the new Labour Government? They learn that the non-dom is not around anymore. He is a sensitive soul and does not feel very welcome. The friends scratch their heads and wonder where they will find his share of the bar bill which amounts to billions.

Category: UncategorisedBy Mark Davies & Associates17 October 2019
Recent posts
Go to Top
We use cookies on our website to give you the most relevant experience by remembering your preferences and repeat visits. By clicking “Accept”, you consent to the use of ALL the cookies.
Cookie settingsACCEPT
Manage consent