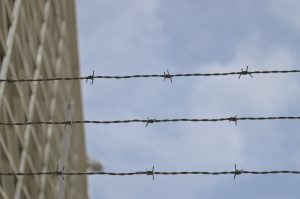 You may have read in the press that HM Revenue and Customs (“HMRC”) has released a consultation document outlining the latest measures to crack down on perceived Tax Avoidance by UK taxpayers by targeting “enabler” including tax advisors, offshore trustees and banks.

The consultation, entitled “Strengthening Tax Avoidance Sanctions and Deterrents”, is purported to be aimed at “those who design, market or facilitate the use of tax avoidance arrangements which are defeated by HMRC”.  However, as is becoming more common place, the detail of the proposals appear to be drafted widely in an attempt to try and cover as many eventualities as possible.  This measure is coupled with the introduction of a criminal charge for taxpayers who fail to report income earned in offshore bank accounts, set to be brought into law by Finance Bill 2016 this autumn.

These proposals affect anyone in the “supply chain” who has contributed to failed tax avoidance and therefore where a trust has been used as part of a tax avoidance scheme then the new sanctions will affect the offshore trustees, as well as the tax professionals and lawyers (and of course the settlors and beneficiaries themselves).  Also, the sanctions could catch a protector of a trust, as well as persons carrying out similar roles in structures such as foundations.  We anticipate that HMRC will be able to utilise the Common Reporting Standard, amongst other disclosure mechanisms, to obtain sufficient information on offshore structures to enable them to direct their enquiries to offshore providers.

In our view, it is possible that a trustee could fall within these sanctions.  However, these provisions are aimed primarily at mass marketed tax avoidance schemes. Offshore structures such as Employee Benefit Trusts and umbrella structures for contractors are certainly in HMRC’s crosshairs. Bespoke tax planning where HMRC’s position is known, such as the use of an Excluded Property Trust by non-doms should, in our opinion, be unaffected by these provisions.

We believe that trustees are at greater risk where trusts were established many years ago with little or no tax advice being taken, or where advice has not been taken to review recent changes in UK tax legislation.

If a trustee (or indeed a settlor or beneficiary of an offshore structure) believes s/he may be in this position, we strongly recommend that a tax review is carried out to ensure that the structure remains robust and to protect the relevant parties from falling foul of the proposed new sanctions.

These sanctions are part of HMRC’s coordinated strategy to target tax avoidance. Finance Bill 2016 includes a new provision to make offshore tax evasion a criminal offence with effect from 6th April 2017. Offshore tax evasion includes where UK resident taxpayers fail to declare their chargeability to tax with reference to offshore income and gains.  This new rule appears to apply disproportionately to foreigners or UK resident non-doms, who are more likely to have accounts offshore or in their own country of origin. This is because they have the legal right to claim the “remittance basis” which releases them from the legal obligation to disclose and pay tax on offshore income and gains.

The detail of the draft legislation suggests that it will be important for non-doms to ensure that their tax affairs are reported correctly. Criminal prosecutions are proposed for persons who either fail to notify HMRC of their chargeability, fail to deliver a return or make an inaccurate return.  This means that as long as a non-dom earning income overseas ensures that they complete a return and that return is correct, then the taxpayer should remain free from the proposed prosecution.  This highlights the importance of foreign nationals seeking appropriate UK tax advice when moving to the UK with foreign assets (including interests in trusts and offshore companies).

It should be noted that the draft legislation in relation to criminal prosecutions refers to “years of assessment” rather than years commencing 5 April 2017 (for example).  Taking this as it is written, we anticipate that a taxpayer could face prosecution for prior tax years that have not been correctly assessed as well as future years.

HMRC has announced a new disclosure facility, the Worldwide Disclosure Facility, with effect from 5th September 2016.

Overall, the proposed crackdown would give HMRC unprecedented new powers which would have far reaching repercussions for the offshore finance industry.

Categories: Articles and Publications, MDA in the News, Press Releases and Commentary, Tax Updates, Taxation of NondomsBy Mark Davies & Associates12 September 2016
Recent posts
Go to Top
We use cookies on our website to give you the most relevant experience by remembering your preferences and repeat visits. By clicking “Accept”, you consent to the use of ALL the cookies.
Cookie settingsACCEPT
Manage consent