Sweeping changes to the U.K.’s taxation of non-domiciled residents will still take effect from April 2017 despite the country’s vote two months ago to leave the European Union, the U.K. government has confirmed. 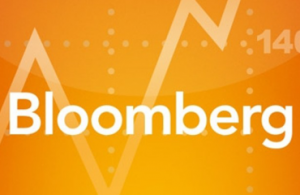 Her Majesty’s Treasury confirmed its commitment to the tax treatment overhaul in an Aug. 19 consultation document, which faced a delay in publication after the U.K. voted June 24 to leave the EU (125 TMIN, 6/29/16).

“Post-EU referendum, the aspiration for a tax system that balances fairness and international competitiveness remains the same, and the government believes it is still appropriate to proceed with these reforms,” HM Treasury said.

U.K. residents with non-domiciled status are exempt under current law from paying U.K. income tax or capital gains on foreign income and are only liable for inheritance tax on U.K. property.

Brexit
“The government rather assumed it would be business as usual following the vote, and of course it wasn’t,” said Matthew Braithwaite, a private wealth tax partner at London-based law firm Bircham Dyson Bell. “We expected to see the consultation in July, but now we’re in a totally different political landscape, and some doubted whether it would ever see the light of day.”

Non-domiciled residents will have to pay inheritance tax from April 2017 on U.K. residential property held through trusts or holding companies worldwide, the Treasury said in the consultation. Non-domiciles also will be treated as U.K.-domiciled once they have lived in the country for 15 of the past 20 years, yet they will be able to reset the 15-year time frame if they spend six consecutive years outside the country.

A “significant number” of respondents to the previous consultation on non-domiciles’ tax treatment in September 2015 thought it was unreasonable to include childhood years spent in the U.K. as counting toward the 15-year time frame, since a child is unable to decide where to base themselves, the Treasury said in the consultation (131 TMIN, 7/9/15).

Yet the government’s proposed changes balance the new rules without adding “unnecessary complexity” to the existing legal framework.

Mixed Funds
To avoid imposing a “punitive outcome” for non-doms bringing offshore income into the U.K., the Treasury also said it will introduce a temporary window for non-domiciles to separate their funds that contain both non-taxable income under the U.K.’s non-domicile laws mixed with offshore income that would otherwise be taxed once the new laws are implemented.

The window will last for one tax year from April 2017, without clarifying taxes for non-domiciles’ mixed funds.

Mark Davies, managing director of London-based international tax advisory firm Mark Davies & Associates, said non-domiciles will welcome the window to organize their mixed funds, as well as a further clarification that will protect them from paying future U.K. capital gains taxes on any increase in value accrued on overseas assets before April 2017.

“This is certainly a fairer proposal and will allow non-doms to retain the use of trusts as estate planning and asset protection vehicles without facing a disproportionate tax charge on monies taken out of the trust,” he said.

Tax Planning
Davies added that the clarifications in the consultation will allow non-domiciles to start making tax arrangements, but Bircham Dyson Bell’s Braithwaite stressed the limited time frame before the new laws are introduced.

“People were concerned the window of opportunity to do any planning was short and, in the circumstances, would have asked the government to give another year, but that’s clearly not the case, so it’s a case of starting to act as soon as possible,” he said.

Business Relief
The Treasury also is consulting on business investment relief, which exempts non-domiciles from any overseas income they bring to the U.K. for commercial investments. Over 1.5 billion pounds ($2 billion) has been invested in U.K. businesses under the scheme since it was introduced in 2012; the government is seeking views on how it can expand the scheme, the consultation said.

Categories: Articles and Publications, MDA in the News, Press Releases and Commentary, Tax Updates, Taxation of NondomsBy Mark Davies & Associates24 August 2016
Recent posts
Go to Top
We use cookies on our website to give you the most relevant experience by remembering your preferences and repeat visits. By clicking “Accept”, you consent to the use of ALL the cookies.
Cookie settingsACCEPT
Manage consent