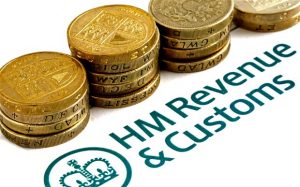 New reforms set to overhaul the taxation of non-doms from April 2017 could cost the UK as much as £545 million in tax revenue, new research from the Freedom of Information Act has suggested. The proposals, first laid out by former Chancellor George Osborne in July 2015, were designed to make non-doms pay their fair share of tax by facing UK levels of taxtion on their worldwide income and gains.

However, new research estimates that long term non-doms (those who have lived in the UK for more than 12 tax years) paid on average £147,297 in the tax year 2014/2015 and are likely to be those hit hardest by the new reforms.

Mark Davies, Managing Director of specialist non-dom tax advisory firm Mark Davies & Associates, has said that the research highlights the significance of UK resident non-domiciles to the Treasury and resists the proposals to implement further punitive policies. “This research once again highlights the significance to the Treasury of UK resident non-domiciles. “What we’re seeing from these figures is that long term non-doms are paying on average £147,297, which is in the region of 27 times that of the average British taxpayer. “It is clear that the country will not benefit by deterring high net worth non-doms from working and living here in the longer term. At the very least these measures should be subject to thorough ongoing review.”

The research also revealed that in 2014/15 non-doms collectively contributed £6.64 billion in income tax, of which £4.92 billion was paid by remittance basis users. Over the same period there were 83,200 individuals who claimed foreign domicile.

Categories: Articles and Publications, MDA in the News, Press Releases and Commentary, Tax Updates, Taxation of NondomsBy Mark Davies & Associates20 September 2016
Recent posts
Go to Top
We use cookies on our website to give you the most relevant experience by remembering your preferences and repeat visits. By clicking “Accept”, you consent to the use of ALL the cookies.
Cookie settingsACCEPT
Manage consent