Today, HMRC has published its yearly figures on the numbers of UK tax payers claiming non-dom status on their tax return. This makes interesting reading as they are the first set of statistics released since the last drastic overhaul of the non-dom regime. The 2017/18 tax year saw new “deemed-dom” laws for people who had been UK tax resident in 15 out of the previous 20 tax years. These individuals became deemed domiciled in the UK and liable for tax on all their worldwide income and gains on an arising basis.

This policy shift was designed to increase tax revenue as this demographic group would pay tax on unremitted foreign income and gains as well as UK sources. Startlingly, however, the results published today show, not only that each non-dom is paying less tax per person on average than last year, but also that no extra revenue was raised. 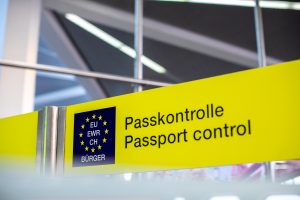 Photo by Daniel Schludi on Unsplash

Today’s announcement indicates that numbers of non-doms have fallen by 12,200 individuals to the lowest figure since 2008, when records began. Some of these have become deemed domiciled and so are contributing tax in the UK. However, a significant proportion will be those who have decided to leave the UK due to the new “deemed dom” rules. HMRC states that new non-doms are arriving but they are not subject to the remittance basis charge for the first seven tax years of residency. Long-term non-doms contribute far higher tax than new arrivals because they pay up to £60,000 in remittance basis charges in return for their non-dom status. Yet, this revenue, not to mention the investment by these entrepreneurs in UK property, goods and services is now lost to the Exchequer.

We welcome a review by the Office for Budget Responsibility which should examine whether the non-dom changes have produced the desired effect of “tax fairness” or whether departing non-doms represent an appalling missed opportunity. Jurisdictions such as Portugal, Italy and Switzerland, with beneficial non-dom regimes, will be welcoming them with open arms.

Category: UncategorisedBy Mark Davies & Associates8 August 2019
Recent posts
Go to Top
We use cookies on our website to give you the most relevant experience by remembering your preferences and repeat visits. By clicking “Accept”, you consent to the use of ALL the cookies.
Cookie settingsACCEPT
Manage consent