“There is so much to be done, tax advisers are going to run out of time” Mark Davies comments in Financial Times regarding upcoming Non-Dom changes 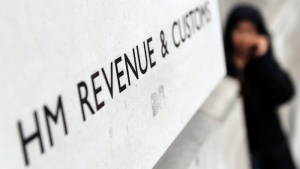 Advisers told to limit holidays before rule changes next year

Scores of lawyers and trust experts have been told to limit holidays in the run-up to sweeping changes to the tax rules for wealthy foreigners next year.

In April thousands of long-stay “non-doms” — people whose permanent home is outside the UK — are due to lose some of their tax advantages. The far-reaching changes — and new ways that have been created to mitigate the impact — have created huge amounts of work that will have to be compressed into just a few months.

Mark Davies, of Mark Davies & Associates, who specialises in non-dom work, said: “Over the last four weeks there has been a growing realisation by both advisers and clients as to the enormity of the changes. There is so much to be done that it is pretty clear tax advisers are going to run out of time.”

“Our job is to ensure that our clients are aware of and compliant with these rule changes in good time and achieving that will require considerable resource.”

Many people who are due to lose their “permanent” non-dom status because they have lived in the UK for at least 15 years are being advised to create offshore trusts before next April. These will remain outside the UK tax net so long as no money is paid in or out. Others are extracting funds from their trusts, restructuring their property holdings or considering whether to leave the UK.

David Kilshaw of EY, the professional services firm, said clients could not act on the changes until the fine print of the legislation was published at the end of the year. But trust companies were going through hundreds of files to check how they would be affected by the changes. “Every trust will have to be spring cleaned … The reason it is taking time is that there is no uniform solution.”

The changes were announced by George Osborne, former chancellor, last year as an attempt to tackle “fundamental unfairness” in the tax regime. After lobbying, the government announced a big concession in the March Budget which meant that many of those affected would pay no tax on historic capital gains. But details announced in August, which said that extracting money from an offshore trust would mean that all its subsequent gains would be liable to capital gains tax, have further angered some non-doms.

Sophie Dworetzsky of law firm Withers said the ability to “rebase” capital assets was a “fantastic opportunity” although one confined to those who become deemed domiciled next April. Others are being given a one-off opportunity to reorganise their offshore funds to allow for more tax-efficient remittances in future.

Categories: Articles and Publications, MDA in the News, Press Releases and Commentary, Tax UpdatesBy Mark Davies & Associates17 October 2016
Recent posts
Go to Top
We use cookies on our website to give you the most relevant experience by remembering your preferences and repeat visits. By clicking “Accept”, you consent to the use of ALL the cookies.
Cookie settingsACCEPT
Manage consent