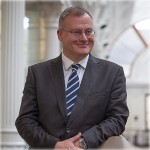 Plans to go ahead with a new “deemed domicile” category for non-domiciled individuals who have been resident in the UK for 15 of the past 20 tax years, or if they were born in the UK with a UK domicile of origin, beginning next April, were confirmed today by UK chancellor Philip Hammond, with the publication of his first Autumn Statement since he took office earlier this year. Among those who were following Hammond’s address with interest, and examining the 72-page statement itself after it was published, also today, with even greater interest, was Mark Davies, pictured, managing director of Mark Davies & Associates and an expert on the subject of non-domiciles and UK tax matters generally.

Here, Davies considers what the Autumn Statement told us that we didn’t already know about the proposed deemed UK domicile plans….

Although the chancellor didn’t mention the new “deemed UK domicile” scheme in his address to Parliament today, the written statement confirmed what we had already assumed, which is that from April 2017, the deemed UK domicile concept is to be introduced for tax purposes where, as noted above, an individual has been a non-domiciled resident of the UK for 15 of the past 20 tax years, or if they were born in the UK with a UK domicile of origin.

But where a non-dom sets up an offshore trust prior to becoming deemed UK domiciled, then the foreign income and gains will avoid UK tax, unless they are distributed out of the trust.

One of the first things one notices is that this statement appears to be at odds with August’s consultation, which suggested that trust income and gains could be taxed when they arise, and not when they leave the trust, where “protections” were lost. It remains to be seen whether this is a careless use of language, or whether further amendments will be made to the proposals between now and April 2017.

The draft legislation due to be published on 5 December may finally provide the clarity required for individuals to move forward with pre-April 2017 planning.

There is no further detail on the government’s proposals to allow mixed funds to be segregated, or the proposal to offer a re-basing election on personally-held assets held by persons who become deemed UK domiciled in 2017.

Also, it was widely rumoured that a loophole would be closed which at present allows offshore trust gains to be distributed to non-residents tax free, leaving the balance to be enjoyed by UK-resident beneficiaries tax efficiently. This loophole still remains, which means that there is still an opportunity for offshore trustees to wash out gains to non-residents, at least until the 5th of December.

Today’s Autumn Statement confirmed, as we had been led to expect, that inheritance tax will be charged on UK residential properties owned via certain offshore structures, including offshore companies and trusts, with effect from April 2017.

It is disappointing, though, that the government has not announced any safe route to “de-envelope” properties thus held,  and so there may be a significant tax bill involved in extracting properties from offshore structures, which will give few tax benefits from April 2017.

Non-doms with an offshore structure holding UK residential property would, therefore, be well advised to seek specialist advice sooner rather than later.

The Autumn Statement confirmed the government’s intention to simplify the rules for Business Investment Relief (BIR) from April 2017, to make it easier to claim, and to provide further incentives to attract non-domiciled individuals to invest their foreign income and gains into UK businesses without incurring an initial tax charge on the remittance.

Essentially the problem here is that the BIR rules are too restrictive, and a failure to follow the rules can lead to a disproportionate tax charge.

In short, the relief is more complicated than it needs to be, and it is welcome that the government has recognised this and is going to do something about it.

What is new, though, is that they say they are “attracting investment”. How do you do that?

At present, the rules say that you can invest in BIR, and then, you will be no worse off than if you kept the money offshore.

If they are saying they are attracting investment, though, it suggests that you will actually be better off if you invest in the UK, hinting at some sort of tax advantage.

Conspicuous by their absence…

A few things in today’s statement were conspicuous by their absence, including, as mentioned above, the lack of information on de-enveloping UK residential properties held in offshore structures.

While the non-dom changes are coming in as planned, there was a single line comment that the foreign income and gains in trusts set up while someone was non-UK domiciled would not be taxed unless there was a payment out of the trust.

The August consultation, however, didn’t say the same – that income and gains of a trust could be taxed if a distribution was made and the “protection” was lost, ie, it would become transparent. So there would be some cases where the foreign and gains would be taxed, even when there wasn’t a payment out (because there had been one earlier).

It looks like the government may have climbed down on this point, as a transparent trust could potentially lead to wholesale exodus of billionaires from the UK.

Another thing that we expected to see was the closure of a loophole which allows you to distribute gains to a foreign beneficiary, so that what is left can be distributed to the UK tax-efficiently.

This did not get closed as expected, however, so there is an opportunity to wash gains out.

(It may, though, still change when the draft legislation is released in December.)

Categories: Articles and Publications, MDA in the News, Press Releases and Commentary, Tax Updates, Taxation of NondomsBy Mark Davies & Associates24 November 2016
Recent posts
Go to Top
We use cookies on our website to give you the most relevant experience by remembering your preferences and repeat visits. By clicking “Accept”, you consent to the use of ALL the cookies.
Cookie settingsACCEPT
Manage consent