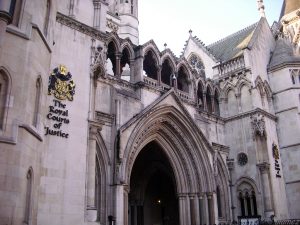 In a case which has left some tax experts scratching their heads, the England & Wales Court of Appeal has ruled that the UK assets of a Jersey-domiciled woman are liable to UK inheritance tax, in spite of their having been left to a charitable trust in Jersey.

The case has received little attention outside of tax industry circles and the Society of Trust & Estate Practitioners (STEP), and involved the estate of a woman named Beryl Coulter, who died in 2007 while domiciled in Jersey.

As detailed in the court papers, her estate on death included around £1.8m which was located in the UK, and which was included as part of her “residuary estate”. Sh0e had sought to leave this amount to a Jersey trust (the Coulter Trust), “for the purpose of constructing homes for elderly residents of the parish of St Ouen in Jersey or, in default, to assist with the capital expenditure required by an organisation called Jersey Hospice Care”, the ruling, by  Lord Justice Kitchin, explains.

However, HM Revenue & Customs argued that the UK-held assets were ineligible for tax relief in the specific circumstances of the case, based on a 1956 judgement, which found that trusts could “only qualify” for UK tax relief “if they are governed by the law of some part of the UK” and “are subject to the jurisdiction of the courts of the United Kingdom”, Lord Justice Kitchin adds.

Coulter’s executors challenged the HMRC ruling but lost their case in 2014, after which they took it to the Court of Appeal.

The Court did leave open one avenue for further discussion. This concerned whether rules governing the free movement of capital between the European Union member states and “third countries”, such as Coulter’s executors claimed Jersey should be classified as, could mean that Coulter’s UK assets should be regarded as free of IHT obligations, due to their having been destined for a charitable trust located in such a “third country”.

Explained Lord Justice Kitchin, towards the end of his ruling: “Unfortunately, neither the appellants nor HMRC were in a position to develop these submissions at the hearing of the appeal, and accordingly we had no alternative but to direct that we would deal with the appeal in two parts; that we would proceed to hear argument upon and give judgment in relation to the first issue and then, should it be necessary to do so, we would give directions for the disposal of the second issue [having to do with the third country matter].

“In light of the conclusion, I have reached on the first issue it is indeed necessary to deal with the second issue, and accordingly I would invite the parties to consider together and propose directions for that purpose.”

Among the tax specialists who found the ruling in the case of Beryl Coulter’s executors vrs HMRC of interest was Mark Davies, of London-based Mark Davies & Associates.

“When is a charity not a charity? The answer is when it’s not a UK registered charity,” Davies said.

“This case is pretty clear cut, based on long standing common law that a disposition to a non-UK charity does not get tax relief. However, the legal precedent pre-dates the enactment of more recent EU legislation, which provides that Mrs Coulter had the right to free movement of capital, including the movement of capital to third countries.

“It would seem to me that these rights may have been infringed, as tax relief is being denied on a payment to a Jersey charity and relief would not have been denied had it been paid to a UK charity.

“What is surprising is that this EU argument was given more serious argument at an earlier stage.

“Tax advisers will eagerly await the Court’s decision, having heard further argument. I am particularly interested to hear what HMRC thinks Jersey is, if it isn’t a third country, as it certainly isn’t within the EU.”

Click here to see the article on International Investment.net

Categories: Articles and Publications, MDA in the News, Press Releases and CommentaryBy Mark Davies & Associates20 September 2016
Recent posts
Go to Top
We use cookies on our website to give you the most relevant experience by remembering your preferences and repeat visits. By clicking “Accept”, you consent to the use of ALL the cookies.
Cookie settingsACCEPT
Manage consent