Wealth managers, accountants, lawyers, tax specialists and others involved in helping British clients to save and invest their money in a tax-efficient manner expressed general support for the ideas behind the British Government’s latest proposals to crack down on illegal tax avoidance. 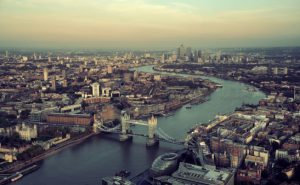 Mark Davies is managing director of London-based Mark Davies and Associates, which advises clients on their wealth structuring and tax matters. His take on the consultation was that the measures it proposes “fail to take into account some fundamental issues”.

“The end-game with this document appears to be to put HMRC in a very strong position against all tax advisers, which is bad news for the taxpayer,” he said.

There are also “huge inconsistencies” in the document, Davies noted, pointing out that “the penalties are aimed at tax scheme enablers and not tax agents, or people who prepare tax returns”, then says tax agents “could be penalised unless that they can prove that they told the taxpayer not to [adopt a certain scheme], or the taxpayer implemented it without their knowledge”.

“It is also surprising how broad the Government intends the definition of an ‘enabler’ to be,” Davies added.

“Everyone involved can face a penalty.”

Davies said he believes the “real issue in question is that we are entitled to arrange our affairs to pay the least amount of tax, but a tax avoidance scheme may become ‘illegal’ or ‘tax evasion’ only when it is so determined by the courts.

“Some parts of the HMRC manuals on points of contention are blocked from public view which means that the taxpayer and their advisers will only know if the scheme is illegal when it is too late.

“This uncertainty could be prevented and the opportunity to avoid tax reduced if HMRC systematically simplified the UK tax system. Tax avoidance schemes rely on mistakes and lacunas in the law.

“If the tax law is well designed there is no opportunity to avoid tax and less motive if the tax payable appears to be fair and reasonable.

“Most importantly, a system of pre-clearance would mean that taxpayers would know from the very beginning whether an arrangement was considered to be acceptable or not.”

Categories: Articles and Publications, MDA in the News, Press Releases and Commentary, Tax UpdatesBy Mark Davies & Associates18 August 2016
Recent posts
Go to Top
We use cookies on our website to give you the most relevant experience by remembering your preferences and repeat visits. By clicking “Accept”, you consent to the use of ALL the cookies.
Cookie settingsACCEPT
Manage consent