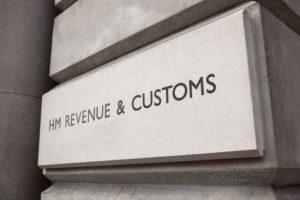 M Revenue & Customs has revealed how businesses, the self-employed and landlords will be hit by plans to modernise the tax system.

Under HMRC’s plans to move recording and paying your tax online, most businesses, self-employed people and landlords will be able to keep track of their tax affairs digitally and update the document quarterly by 2020.

However there had been concerns that smaller businesses and charities may struggle with HMRC demanding information digitally.

In a document published today (31 January), the tax office stated following this feedback businesses will now be able to continue to use spreadsheets to record receipts and expenditure, which they can then link to software to automatically generate and send their updates to HMRC.

According to HMRC this was requested by a wide range of stakeholders, particularly small businesses and the Treasury select committee.

Free software will be available to the majority of the smallest businesses, according to HMRC, and reassurance was offered by the tax office that businesses that cannot go digital will not be required to do so.

Specifically, HMRC has clarified that all self-employed businesses and landlords with a turnover of less than £10,000 a year will not have to keep their records digitally or make quarterly updates.

The option to account for income and expenditure on a simple ‘cash in, cash out’ basis will be extended, which HMRC stated will help an extra 2.5 million self-employed businesses and unincorporated landlords.

In terms of penalties for failing to submit tax returns online, HMRC stated customers will have at least 12 months to become familiar with the changes before any late submission penalties will be applied.

Following feedback from respondents, HMRC stated it will also consult again in the spring on a new penalty model.

HMRC stated it will pilot digital systems with hundreds of thousands of businesses before rolling them out to ensure the software is user friendly, and to give businesses and landlords time to prepare and adapt.

Jim Harra, director general of customer strategy and tax design at HMRC, said: “We know that the majority of businesses want to get their tax right first time, but the latest tax gap figures show that too many find this hard, with more than £8bn a year lost in tax as a result of avoidable taxpayer error by small businesses.

“Making tax digital will help businesses to get their tax right first time; it will help reduce the likelihood of errors, lower the chance of unwelcome compliance checks and give them greater certainty that they are getting things right.”

Phil Bates, principal at Cheshire-based chartered accountants Phillip Bates & Co, said the legislation is due to begin taking effect from April 2018 which means the first digital tax return will be due in July of that year.

He said: “The changes should significantly improve the way companies manage their accounts and tax affairs and improve their ability to plan ahead and react to issues within their business.

“For example, business owners will no longer have to wait until the end of the tax year to discover how much tax they need to pay.

“But in order to comply with the ‘Making Tax Digital’ legislation will require the vast majority of businesses to introduce new technology and ways of working.”

Mark Davies, managing director of tax consultants Mark Davies & Associates, said HMRC’s view is clearly that making tax digital will make it easier for businesses to get their tax right first time but the reality is that most taxpayers find it difficult to understand how tax works and therefore making returns in almost real time make it difficult to seek advice.

He said: “Once paid, perhaps in error, it will make it the taxpayer’s problem to get overpayments reimbursed.”

Click here to read the article on FT Adviser

Categories: Articles and Publications, MDA in the News, Press Releases and Commentary, Tax UpdatesBy Mark Davies & Associates1 February 2017
Recent posts
Go to Top
We use cookies on our website to give you the most relevant experience by remembering your preferences and repeat visits. By clicking “Accept”, you consent to the use of ALL the cookies.
Cookie settingsACCEPT
Manage consent