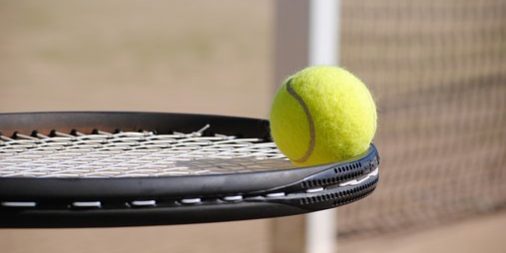 On 8 June 2017, the American cereal manufacturer Kellogg Company (‘Kellogg’s’), which owns the ‘Special K’ trade mark in Australia, and professional tennis player Thanasi Kokkinakis, hit the headlines due to a local trademark dispute over commercial use of his nickname ‘Special K.’ In this article, Richard Millington, Partner and Sports Practice Lead at Shoosmiths LLP, and Jon Elphick, Tax Director at Mark Davies & Associates, consider the implications of such legal action being taken, and how the commercial side of sports law may develop as brands clash legally with sport stars.

So how does this happen, what next and how should we think about this issue?

First, some background. In one corner we have Thanasi Kokkinakis, who acquired the nickname ‘Special K’ when playing alongside Nick Kyrgios (where Pat Cash dubbed them the ‘Special Ks’).

In the other, Kellogg’s ‘Special K’ cereal, which made its debut in the American market in 1955 and has always been marketed as a low fat, low sugar breakfast targeted at dieters. The mark was first registered in Australia by Kellogg’s in 1958.

So how do a cereal and a tennis player end up in a court case? Well, this story actually has a two year history.

On 27 October 2015, Kellogg’s opposed Kokkinakis’ company’s trade mark application for ‘Special K’ in respect of: Class 25 Clothing for sports; Shoes for sports’ wear; Sports clothing (other than golf gloves); Class 28 Apparatus for racquet sports; and Class 41 Arranging of sports competitions; Organisation of sports competitions; Provision of apparatus for sports; Sports club services; Sports coaching; Sports consultancy. Kellogg’s registrations for the ‘Special K’ and related marks (such as ‘Special K Nourish,’ are all in the food classes, most often in relation to cereal.

Proceedings in the Federal Court in Adelaide commenced over eighteen months later and a case management hearing was heard on 8 June 2017 when the case was sent for mediation.

This is, however, a high benchmark, traditionally reserved for only the most well known of brands with Kellogg’s having no registrations for any of their marks in classes outside of cereals. Kokkinakis’ company would have an argument that the nickname is a tongue-in-cheek reference to Kellogg’s brand name but one which the public would recognise as a pun and one which would not be detrimental to any reputation that Kellogg’s may enjoy.

Athletes as a brand

The international nature of sports and sports personalities alongside the surge in social media allowing personalities to have a “direct” channel to their fans, has exponentially increased the market for athletes as a brand – not only for their sporting prowess but also in relation to their personal lives.  Fans now associate with a particular athlete, not just the team.

As athletes grow their reputation it’s fairly common that they look to set up a company that they can then use for their commercial activities, be it appearance fees, image rights payments, related expenses, etc. In many jurisdictions this allows for a more tax efficient earning due to lower rates of tax on dividends and company profit plus the ability to defer drawdown of income to a time when the athlete is in a lower tax bracket. It also has the benefit of ring-fencing any liability for those activities away from the athlete.

In fact, if you look at the other registrations filed (‘The Big Kokk,’ ‘Kokki,’ ‘Spitting Cobra’ – all filed on the same date 15 April 2015) it appears that this was what was occurring here.

There are jurisdictions (for example Luxembourg) where the addition of nicknames and other forms of protectable intellectual property can also help in any tax analysis of the company as it appears (and is) more than just a vehicle for the player.

Many athletes hold trade mark registrations for their name and sometimes signature (Wayne Rooney) or personal goal celebration (Gareth Bale – though this was later abandoned). One of the most famous brands in fashion, the Lacoste ‘Crocodile,’ was developed by René Lacoste from his ‘Crocodile’ nickname in the 1930s!

Although in this case the timing of the application does not appear to have been the cause, it is certainly best practice to apply early for registration, as subsequent notoriety can be a hindrance. The case involving Linkin Park in 2005 provided precedent for the refusal of name mark applications where the mark is indicative of the subject matter of the goods, rather than the commercial origin of the goods. In this case it was felt that customers might ask “Do you have any Linkin Park posters?” which would denote posters bearing the image of the band, rather than posters which commercially originated from the brand.

Football has seen the issue of third party ownership of name trade marks hit the headlines several times recently, showing a different trend to that of the traditional image rights company, the ownership by the employer or of part of what could be considered an athlete’s image rights.

José Mourinho was appointed as the manager of Manchester United in May 2016. Prior to the appointment, contract discussion revealed that his former employer Chelsea owned the Mourinho trade mark portfolio. This included registrations for ‘Mourinho,’ ‘José Mourinho,’ and his signature covering various goods and services.

Liverpool manager Jürgen Klopp famously described himself as “The Normal One” on his appointment to Liverpool FC in 2015. Liverpool FC successfully registered this as a European trade mark in May 2016. Although you would generally advice an athlete to retain their related IP (and only licence to others), “The Normal One” arguably only has meaning whilst Jurgen is actually at Liverpool FC and in proximity to  José!

Is prevention better than cure?

So could the Kellogg’s case have been prevented?

Trade mark registration for nicknames can be particularly important as it can be harder to rely on unregistered rights for passing off or false endorsement when compared to a full name claim. In the vast majority of cases, an athlete’s nickname is a common noun or adjective and so would need to acquire distinctiveness through use to qualify for registration. Think of ‘Iron’ Mike Tyson, Floyd ‘Money’ Mayweather, ‘The Notorious’ Conor McGregor, and ‘Tiger’ Woods.

In this case, maybe there was a search but the advisors felt good about their chances of getting past Kellogg’s trade marks, we can’t say. What we can say is that trade mark owners of household names will have global watch services and a good budget to defend them.

What can we take from this?

As is often the case, the advice to athletes (and more importantly their advisors) is to be proactive, and start considering this as early in a career as possible. It’s always easier to plan early in a career with a ‘blank slate,’ rather than once a player/athlete has a very public profile.

Trade mark searches and registrations are important, but it’s also important to be well advised about what these searches mean for an athlete and how they can use that information. The information needs to be as global as possible (or at least identify likely key markets e.g. US, China, Europe, domestic market), as individuals never know where their career will take them, or when opportunities will arise.

Having that knowledge early in a career can allow an athlete to understand where they can extract value and what they need to do to their own image right to maximise that. This could mean choosing a specific nickname or changing it to another in order to avoid potential conflict. Things like nicknames, signatures, caricatures can be registered locally where possible and under appropriate classifications.

Image rights should also be considered by athletes as a wealth planning tool. They are often very valuable in their own right, but perhaps represent a small proportion of a professional athlete’s income. Using image rights companies means that the companies can set up and contribute to personal pension plans, or alternatively the shares in the company can be owned by a personal pension, meaning all of the endorsement value of the rights can be accumulated into a retirement fund for the athlete. That also adds some further asset protection as well, as owning the shares within a pension takes away the value of the shares from personal liability.

Categories: Image rights, Press Releases and CommentaryBy Mark Davies & Associates11 August 2017
Recent posts
Go to Top
We use cookies on our website to give you the most relevant experience by remembering your preferences and repeat visits. By clicking “Accept”, you consent to the use of ALL the cookies.
Cookie settingsACCEPT
Manage consent