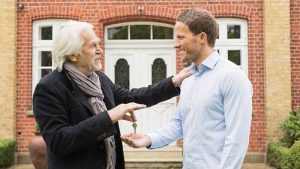 New tax rules to be significantly wider than expected.

Plans to impose inheritance tax on the properties of wealthy foreigners have been extended to include the “bank of Mum and Dad”.

Thousands of international families are likely to be hit by the unexpected imposition of inheritance tax on loans used to fund purchases of UK property, experts said.

Christopher Groves, a partner at Withers, the law firm, said the rules were significantly wider than expected. He said: “People will react with horror.”

The new rules will be introduced in April as part of the government’s reforms of the taxation of “non-doms”, people whose domicile — or permanent home — is outside the UK.

The reforms were announced by George Osborne, former chancellor, last year when he argued it was “not fair” that non-doms could avoid inheritance tax on UK property by owning it through offshore companies.

The latest changes, unveiled on December 5, mean that loans from parents to children to allow them to get on the property ladder are set to be subject to inheritance tax, in the same way as a direct interest in the property would be.

Mr Groves said that parents often made loans, rather than gifts, to their children, out of fear young people might abuse their wealth. He said it would prompt some families to refinance their lending and even put their property up for sale. “By making a loan you are in a worse position than if you made a gift.”

Many foreign investors are likely to be unaware that their loan had become subject to inheritance tax, he said. It was also unclear how HM Revenue & Customs would know about the loan, making the tax hard to enforce.

To prevent avoidance, the new rules impose inheritance tax on collateral and guarantees from family members, companies and trusts. Experts said the draft legislation did not limit the exposure of guarantors. Unless it was modified it would potentially make their entire estate subject to inheritance tax.

The decision to impose inheritance tax on loans is the latest solution put forward by the Treasury to ensure that loans made by anyone connected to the property owner are not used to avoid tax. Initially it planned to “disregard” connected party loans but it dropped the plan after a consultation where the “general feeling was that doing so would be unreasonable, particularly where the loans have been made for genuine commercial reasons”.

The imposition of inheritance tax on UK property owned by non-doms removes the last tax advantage from holding property in an offshore company, increasing the incentive to scrap the corporate “envelope” which exposes the owner to an annual tax. Many non-doms delayed restructuring plans in the hope the government would provide tax relief to reduce the potentially hefty capital gains tax charges triggered by the removal of a property from its corporate structure.

But the government said it “remained unconvinced” that there was any case for tax relief. It said: “The provision of such a relief would have a significant fiscal cost to the exchequer. The government does not think it would be fair or appropriate to raise taxes or cut spending to fund it.”

Categories: Articles and Publications, MDA in the News, Press Releases and Commentary, Tax UpdatesBy Mark Davies & Associates13 December 2016
Recent posts
Go to Top
We use cookies on our website to give you the most relevant experience by remembering your preferences and repeat visits. By clicking “Accept”, you consent to the use of ALL the cookies.
Cookie settingsACCEPT
Manage consent