The recent Hull AFC versus HMRC tribunal judgement has been examined in an article by Jon Elphick which was published in Taxation magazine. https://www.taxation.co.uk/Articles/image-rights-and-hmrc 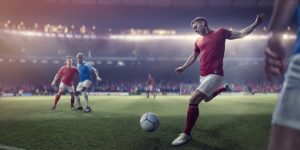 Jon’s  analysis centres on “Geovanni” who is a well known, retired Brazilian footballer. He was signed to Hull City AFC Tigers in 2008 by way of an employment contract. However, his package also included an arrangement with a BVI company called “Joniere Ltd”. This provided Hull with the right to exploit Geovanni’s non-UK image rights commercially.  In return, Hull paid an annual fee of £187,200.

These arrangements grew in popularity from the 1990s as football clubs used them to attract international players. This was because these commercial arrangements, although taxable on the individual, were not subject to payroll taxes.They were also advantageous for players who were non-doms.

Significantly, Geovanni has now returned to his home country at the end of his career. This underlines the benefits of keeping foreign earned income in a vehicle suitable for tax efficient access in retirement.

Jon Elphick is a Director at Mark Davies & Associates, specialising in the taxation of
non-doms and internationally exposed clients. He can be contacted on 0203 770 5602 or

Categories: Articles and Publications, Image rights, MDA in the News, Press Releases and Commentary, Taxation of NondomsBy Mark Davies & Associates14 June 2019
Recent posts
Go to Top
We use cookies on our website to give you the most relevant experience by remembering your preferences and repeat visits. By clicking “Accept”, you consent to the use of ALL the cookies.
Cookie settingsACCEPT
Manage consent