The British government plans to extend its inheritance tax (IHT) rules to cover properties held by non-domiciled residents in an offshore entity. 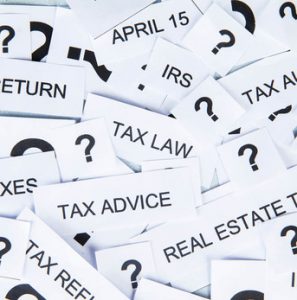 The planned extension of the IHT charge will apply to both individuals who are domiciled outside the UK and to trusts with settlors or beneficiaries who are non-domiciled.

The UK Treasury, which issued a consultation paper on the proposed change late on Friday, said new legislation to implement the change would come into effect from 6 April 2017 and will be legislated as part of the 2017 Finance Act.

Once the legislation comes into effect, the Treasury said: “Where a non-domiciled individual is a member of an overseas partnership which holds a residential property in the UK, such properties will no longer be treated as excluded property for the purposes of IHT.”

Non-dom rules coming
The announcement appears to confirm that there will be no delay or indeed any softening of the proposed tightening up of measures surrounding ‘non-doms’, which were announced by the previous chancellor George Osborne and were due to come into effect at the start of the next tax year.

“Post EU referendum, the aspiration for a tax system that balances fairness and international competitiveness remains the same, and the government believes it is still appropriate to proceed with these reforms,” the government’s statement said.

These are designed to ensure that long-term residents of the UK will be deemed as domiciled for tax purposes once they have been resident for 15 of the past 20 years. It means these former non-doms will have to pay tax on their worldwide income and gains in the same way as an individual who is domiciled in the UK.

“Overall, it remains clear that the government will implement a ‘deemed domicile’ rule across all taxes for those non-domiciled individuals who have been UK tax resident for at least 15 of the 20 previous tax years,” said Mark Davies of tax adviser Mark Davies & Associates.

Some participants in the offshore tax advisory industry had been hoping the new chancellor Philip Hammond would delay the introduction to the changes due to their complexity and the impact they might have on inward investment to the UK.

Equalisation
The Treasury said the reason for its planned change to the IHT rule was because non-doms currently enjoyed a significant advantage over other individuals in this area.

“UK domiciled individuals are liable to IHT on their worldwide property. However, those who are non-UK domiciled are only liable on the property which is situated in the UK.

“Where this is the case, the property of the individual consists of overseas shares which will be situated outside the UK and are therefore excluded from IHT. This is known as ‘enveloping’ the UK property and the effect is that the property is taken outside the scope of tax,” it said.

Consultation outcomes
The government has now opened a consultation on the new IHT rules, which will run until 20 October, but said the rule change it has outlined has been determined to be the best option and it is currently developing a framework for its implementation including detailed policy design.

In one section the consultation paper makes clear that non-doms who will become UK residents after 6 April next year will be allowed to rebase their non-UK assets on that date, meaning that any growth in value of those assets prior to April 2017 can be realised in the future without a charge to UK tax.

“The government agrees that it would be punitive to require long-term resident non-doms to pay CGT (capital gains tax) on gains that have accrued on foreign assets held while the individual was a non-dom.

“Individuals will be able, if they wish, to rebase overseas assets to the market value of the asset at 5 April 2017 with the result that any gain which accrued before April 2017 will not be charged to CGT in the UK,” it said.

Trust benefits
Davies noted that the paper also made clear that a proposed “trust benefits charge”, which sought to apply a tax to trust distributions without reference to the source of those distributions, has been dropped.

“Instead the government intends to modify the current rules on how trust income and gains are taxed in order to bring them into line with the introduction of the extended deemed domicile principle,” he noted

“The good news for non-doms is that it should remain possible to structure offshore trusts to allow access to clean capital and capital gains at lower tax rates; however, it is likely that a consequence of this change in approach will be the introduction of even more complex anti avoidance legislation.”

Categories: Articles and Publications, MDA in the News, Press Releases and Commentary, Tax Updates, Taxation of NondomsBy Mark Davies & Associates23 August 2016
Recent posts
Go to Top
We use cookies on our website to give you the most relevant experience by remembering your preferences and repeat visits. By clicking “Accept”, you consent to the use of ALL the cookies.
Cookie settingsACCEPT
Manage consent