How to boil a frog or cook a non-dom

Place one fresh frog in a pot of comfortingly warm water. He will gently drift off to sleep while the water heats up and poaches him nicely. This method is far more successful than placing him directly into boiling water as he would jump out in alarm. In Mark Davies’ articles in Taxation Magazine and Accountancy Age this month, he applies this analogy to the history of taxing non-doms. 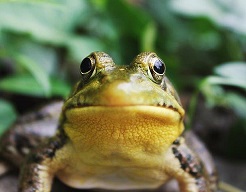 A Decade of Change

Where are we now?

Last month, HMRC published figures on the non-dom “tax take” for 2017 to 18. This is our first glimpse of the actual effects of the culmination of this slow cooking of the non-dom tax regime.

The figures make interesting reading. The total amount of income tax and NICS contributions paid by non-doms has decreased by £1,799 million pounds over the last 3 tax years.

It is important to put these figures into a socio-economic context. Brexit, the high tax pledges of a possible Labour government, the increase in knife crime and the doubling of the investment cost of a Tier 1 investment visa have all contributed to a hostile environment for non-doms. However, the erosion of the incentives of the non-dom tax regime must have had a significant contribution.

HMRC comments that there is no need to be alarmed because the tax take from those now deemed domiciled will not be illustrated in this figure. However, nobody knows how large or how small that contribution  is because it is not published. Mark Davies estimates it at circa £1.3 million but if this demographic group chooses to leave the UK their contribution will leave with them.