HMRC Certificate of Tax Position? What should you do?

HMRC have started to contact UK taxpayers about their offshore income and gains, showing that the UK’s participation in the Common Reporting Standard (“CRS”) is in full force. 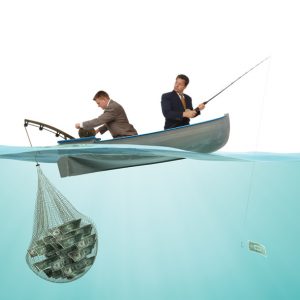 Fishing for offshore income and gains

What is the Common Reporting Standard?

Over 100 countries have signed up to CRS and information regarding the level of income and gains earned by worldwide taxpayers has now started to flow between the member states. HMRC’s Risk and Intelligence Service are now contacting UK-resident taxpayers about the level of their offshore income and gains and asking them to certify their UK tax position.

Who is being contacted by HMRC?

Many of those contacted by HMRC may have a significant level of offshore income and gains that have been sheltered by a remittance basis claim for a number of relevant tax years; this planning is still effective and the certification required from HMRC should be relatively straightforward. However, those who have unreported income and gains resulting in unpaid UK tax will need to register and make a disclosure under the Worldwide Disclosure Facility.

What action should you take?

It is important for taxpayers to correctly determine their UK tax position and report this to HMRC on a yearly basis as well as when HMRC contact them about their tax position. However, we understand that sometimes accounts are forgotten about or there is a misunderstanding regarding the income generated because it is not physically paid, for example.

We recommend that advice be sought before making any declaration to HMRC. An incorrect disclosure could significantly affect the penalties payable. Where a complete disclosure is made to HMRC, identifying the errors and correcting the position, penalties can be reduced considerably.

Our skilled advisers understand the complexities of offshore income and gains earned by UK-resident taxpayers. Please contact us if HMRC have written to you and you would like to find out more about your obligations.

Categories: Investigations, Offshore Trusts and Structures, Tax Updates, Taxation of NondomsBy Mark Davies & Associates18 June 2019
Recent posts
Go to Top
We use cookies on our website to give you the most relevant experience by remembering your preferences and repeat visits. By clicking “Accept”, you consent to the use of ALL the cookies.
Cookie settingsACCEPT
Manage consent