Devil’s in the detail of Non-dom reform, Mark Davies comments in STEP news

The UK government has issued a second consultation paper and draft legislation implementing its drastic reform of the tax system for resident non-domiciles (non-doms) in April 2017, as announced at the 2015 Summer Budget. 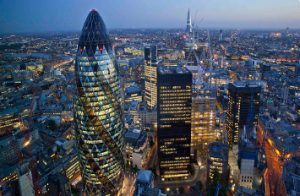 The proposals mean that non-doms will no longer be able to mitigate UK inheritance tax on UK residential property through the use of an offshore company or a trust, and permanent non-dom status will no longer be allowed for UK tax purposes. Those who have been UK tax resident for at least 15 of the 20 previous tax years will be deemed to be domiciled in the UK. Any split years of residence will count towards the 15 years after which deemed domicile is imposed.

An initial consultation was conducted in September last year. Following Britain’s EU membership referendum in June, there was some speculation that the proposals might be crowded out by more urgent matters. However it is now clear that the government’s agenda is unchanged, and so is the timetable.

The 2015 consultation, and later announcements in the December 2015 Autumn Statement, were vague about how the government intend to treat offshore companies and trusts. The latest proposals allow non-doms a grace period from April 2017 to April 2018 to separate mixed funds and thus allow them to bring clean capital into the UK untaxed, said Lucy Johnson TEP, Special Counsel at law firm Withers Worldwide. They also confirm an earlier announcement that non-doms will be allowed to re-base their assets up to April 2017 for capital gains tax (CGT) purposes, so that they only pay CGT on gains accruing after that date.

However, it remains unclear as to how this rule will be applied where the assets have been purchased originally with untaxed relevant foreign income, cautioned Mark Davies from Mark Davies & Associates. ‘Although the growth in value will not be subject to capital gains tax on the disposal, there may be a tax exposure if the proceeds of the asset sale are remitted to the UK’, he explained.

Further information on the future taxation of offshore trusts has also been provided, he added. The proposed ‘trust benefits charge’, which sought to apply a tax to trust distributions without reference to the source of those distributions, has been dropped. Instead the government intend to modify the current rules on how trust income and gains are taxed in order to bring them into line with the introduction of the extended deemed domicile principle. ‘The good news for non-doms is that it should remain possible to structure offshore trusts to allow access to clean capital and capital gains at lower tax rates’, said Davies. ‘However, it is likely that a consequence of this change in approach will be the introduction of even more complex anti-avoidance legislation.’

There is also now greater clarity on the proposed rules for de-enveloping UK property owned by non-doms, said Johnson. However no reliefs are being offered to incentivise this process. The singling out for unfavourable treatment of non-doms who were born in the UK, is also unpopular. ‘This group seems to be separated from other kinds of non-doms and given short shrift in terms of their treatment by HMRC’, she said.

The new consultation document also invites views on the ways in which business investment relief could be amended to encourage greater investment from non-doms into UK businesses.

Categories: Articles and Publications, MDA in the News, Press Releases and Commentary, Tax Updates, Taxation of NondomsBy Mark Davies & Associates23 August 2016
Recent posts
Go to Top
We use cookies on our website to give you the most relevant experience by remembering your preferences and repeat visits. By clicking “Accept”, you consent to the use of ALL the cookies.
Cookie settingsACCEPT
Manage consent