Cleansing and rebasing opportunities for non-doms – time to act

A window of opportunity for cleansing and rebasing 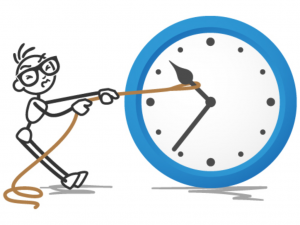 Those heading for deemed domiciled status have opportunities to protect their assets now through protected trusts, cleansing and rebasing assets.

What is a ‘nondom’? A nondom is someone with a foreign (non-UK) domicile. Domicile is a curious concept in English law. It is not the same as tax residence or citizenship, but in short, you take the domicile of your father at birth and keep it for the rest of your life unless you decide to abandon your domicile of origin and make somewhere else your permanent home.

If you are a nondom, you can elect to pay tax on the ‘remittance basis’.

If you elect to pay tax on the remittance basis you pay tax on all your UK sources, but only pay tax on foreign sources to the extent that they are remitted to the UK. This means that you can organise your wealth so that you invest only in foreign investments and avoid making remittances to the UK by funding living expenses from UK sources or ‘clean capital’. Nondoms only pay UK inheritance tax on their UK estates.

Clean capital is an expression used to describe income or gains that arose before you became UK tax resident. (So it is important to know exactly when you become tax resident). Inheritances and gifts are also clean capital.

At its most basic level tax planning revolves around keeping clean capital ‘clean’ by not mixing it with post arrival income and gains. Once it becomes mixed HMRC applies strict ordering rules so that if there is a remittance to the UK income is treated as being remitted first, then gains and finally clean capital.

One simple option might be to invest in assets that do not create capital gains, such as qualifying corporate bonds and to segregate coupons automatically to a different account. It has to be automatic, manual transfers will not do (and HM Revenue does check).

Another solution is to invest in managed funds which have ‘non reporting’ status. Typically, such funds do not pay distributions so tax can be deferred indefinitely until such time as you encash the fund. The downside to such an arrangement is that such funds create ‘offshore income gains’ on disposal which are subject to income tax. An alternative is to invest in ‘reporting’ funds. Distributions from such funds are subject to income tax but any gain on encashment is subject to capital gains tax. Some sophisticated reporting funds invest for capital appreciation, and thus do not pay substantial dividends and yet are only subject to 20% capital gains tax on encashment.

A more sophisticated solution might be to deposit clean capital with a helpful bank, invest the loan proceeds in foreign investments, and then the investments can generate a return that can be used to service and repay the loan. Thus, the clean capital remains untainted and this allows for a discretionary investment mandate.

If you claim the remittance basis you lose your Personal Allowances and the Annual Exempt Amount.

Once you have been in the UK for 15 out of the last 20 tax years you become ‘deemed-domiciled’ in the UK irrespective of where you consider to be your permanent home. Those who are deemed domiciled since 6th April 2017 pay UK taxes on their personal worldwide income and gains and their entire estate will be subject to UK inheritance tax upon death.

Prior to 5th April 2017 the deemed domicile rules existed, but they only applied to inheritance tax and to persons who had been in the U.K. for 17 out of 20 tax years.

Nondoms can still arrange their affairs so that they pay less tax.

Firstly, before you become deemed-domiciled in the UK you can consider settling funds with offshore trustees to create a ‘protected trust’.

There is currently some debate as to whether offshore income gains on non-reporting funds are sheltered by the protected trust regime.

Secondly, the government has allowed a two year grace period to ‘cleanse’ cash funds ending on 5th April 2019. It allows taxpayers to segregate mixed cash funds into clean capital that can be brought to the UK to fund UK expenditure; and foreign income and gains which can be used to fund foreign expenditure.

Assets derived from mixed funds have to be sold, before the cash proceeds can be cleansed.

In practice, cleansing can be difficult when you are trying to identify the nature of mixed funds which might go back many years.

In addition, there are some basic uncertainties as to how mixed funds should be segregated in practice, as HM Revenue guidance on the matter is not very sophisticated.

Thirdly, taxpayers who became deemed domiciled on 6th April 2017 (and only on that date) can ‘rebase’ assets to their 6th April 2017 value, providing they have paid the remittance basis charge. This means that assets can be sold and only the gains arising and accruing post April 2017 will be taxable. Then this may be the full extent of the tax liability, unless the asset was acquired originally with post arrival foreign income or gains, in which case the proceeds can be cleansed into its constituent parts and only the clean capital or the partially taxable gain remitted.

In short cleansing and rebasing can be used together to provide for current spending in the UK and abroad. Assets intended to be held for the long term are best placed in a protected trust.

It is important to note that HMRC is contesting domicile claims for people who have been in the UK a long time. An offshore trust is only a protected trust if it is set up by someone with a foreign domicile.

Investigations are increasing because the Panama papers have revealed a lot of data about offshore structures resulting in Code of Practice 8 enquiries. It is expected to get worse once the information received under the Common Reporting Standard is processed.

Banks based outside the Channel Islands are becoming more popular, in case currency controls are put in place post Brexit.

People are exploring other alternatives to living in the UK. Low tax jurisdictions such as Switzerland and Monaco are still popular, but more recently Portugal and Italy have introduced nondom-style regimes. However, often there are practical difficulties in living and working in these jurisdictions. The UK can still be a low tax place to live with some tax planning.

Family investment companies are becoming more popular. These are UK companies (or sometimes foreign companies managed from the UK) which are subject to UK corporation tax. Corporation tax rates are currently 19% and expected to go down and certain dividend income is exempt from tax. Why would you use them? Because you can fund them with loans of clean capital which can be repaid and used in the UK tax free. You can avoid many of the anti-avoidance rules in exchange for paying corporation tax. The shares can be arranged so that value can be passed on to family members without necessarily giving up control – so in effect a quasi-trust. However, they are relatively simple to set up and run.

Mark Davies is the managing director and founder of Mark Davies & Associates, which is a boutique firm of tax advisers who specialise in international clients.

Mark is originally from Guernsey, so he is a non-dom himself and trained with Deloitte in Guernsey.

He moved to the UK with his family to become a director at RSM Robson Rhodes and then later a partner at PKF, where he headed up the private client team in London.

In 2007 Mark left PKF to set up his own firm where he could follow his interests in tax.

Initially this was intended to be a short stop, before he got a “real job”, but all the changes to the non-dom regime in 2008 meant that his services were in demand and in the last 11 years his firm has grown to 11 technical staff and over 300 clients, many of whom Mark still deals with personally.

Mark is an outspoken critic of the Government’s approach to taxing non-doms. He has been quoted in the Financial Times, the Times and the Evening Standard, and has been interviewed by Channel 4 News on a number of occasions.

Categories: Articles and Publications, Offshore Trusts and Structures, Tax Updates, Taxation of Nondoms, UncategorisedBy Mark Davies & Associates27 July 2018
Recent posts
Go to Top
We use cookies on our website to give you the most relevant experience by remembering your preferences and repeat visits. By clicking “Accept”, you consent to the use of ALL the cookies.
Cookie settingsACCEPT
Manage consent