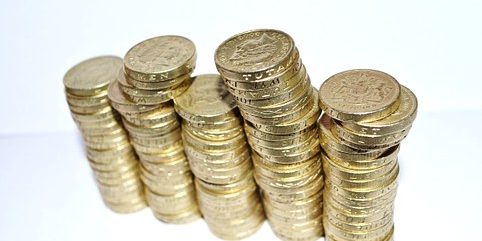 Mark Davies is concerned about harsher taxes on property ownership signalled by Finance Act 2018 No. 2.

Currently, the UK is a safe place to pay modest income tax, no capital gains tax and no inheritance tax on commercial property. However, Brexit fears are impacting on inward investment to the UK and as a consequence, recently the UK achieved very little tax on capital gains.

It looks unlikely that the Office for Budget Responsibility has considered how much PAYE revenue from local cafes, shop fitters and suppliers will be lost from reducing investment in commercial property.

Mark Davies would prefer to see foreign investment in new homes encouraged and incentivised through the tax system.

In November’s Budget, the Government announced a number of changes to the current rules. The foremost of these concerns are the supplementary rate of SDLT to be paid by those acquiring a second home. These amendments include legislative changes that aim to prevent the ability of taxpayers to claw back additional rate SDLT suffered where a replacement main residence is subsequently acquired by reason of certain arrangements.

Additional changes to the SDLT rules will dis-apply a charge to the additional rate where an individual buys a property from their spouse or partner. The interests of a former spouse or civil partner upon divorce (specifically when the property is held under certain ‘property adjustment orders’ in the case of divorce) will also be dis-regarded.

Finally, it is intended that new rules will disregard a property held by a child’s parents when a property in purchased by a child’s trustee pursuant to a power conferred on the trustee by a relevant court appointment.

In addition to this, on 22 November 2017, the Government introduced SDLT relief to first time buyers (who have never owned an interest in residential property anywhere in the world) who acquire properties for less than £500,000. Those paying £300,000 for their first residential property will no longer pay SDLT at the current rates, but will pay 5% on the purchase price exceeding £300,000.

First time buyers purchasing property for more than £500,000 will not be entitled to any relief and will pay SDLT at the normal rates.

Finance Bill 2018 No. 2 will identify two main anti-avoidance rules. The first affects the distributions or benefits made to the settlors or their close families. From April 2018, such payments will be taxed on a UK resident settlor. This can be a spouse, civil partner, cohabitee or minor child – even if that individual is taxed in their own right. However, it is possible for the settlor to recover the tax from the beneficiary.

In Mark’s view, the rules are unrealistic and difficult to enforce. The taxpayer may not necessarily know that gifts have been funded by trust distributions which create a tax liability. It is vital that offshore trustees should seek tax advice as soon as possible to determine what actions are necessary before the rules are enforced on 6 April 2018.

The Government will publish a consultation in 2018 on how it intends to make trusts simpler, fairer and more transparent. However, as the Government has taken three years to legislate on the impact of non-dom changes on trust tax rules, there is little certainty of what this consultation will cover.

After consultations in early 2017, it has been confirmed that income received by non-resident companies in respect to interests in UK property will become chargeable to UK corporation tax, rather than income tax. HMRC are trying to consolidate how tax applies to property income for UK and non-UK residents alike.

From April 2019, corporation tax or capital gains tax will be charged on gains made by non-residents on the disposal of UK land thus creating a single regime for disposals of any UK situated land.

Two further extensions of this will see the introduction of:

A concept of ‘indirect’ disposal now applies. This is where shares in a company or interest in a partnership, which holds UK land are disposed of and where 75% or more of the value of the entity is attributable to UK land (“property rich”). These rules will cover both commercial and residential interest in land.

The extension of the charge will apply to widely held companies and other investment vehicles. The new rules will only apply on gains arising and accruing on or after 1 April 2019 (for companies) or 6 April 2019 (for other persons). This means there will be rebasing to April 2019 for non-residents now caught by the new regime.

The rules will include a targeted anti-avoidance rule (“TAAR”) which will apply to all arrangements entered into after 22 November 2017, with the main purpose of securing gains that are not subject to the new rules, including those under the terms of a double taxation treaty.

Taxpayers who make a chargeable deposit – direct or indirect, will have 30 days to report the disposal to HMRC; (Corporation taxpayers are exempt as they must register for corporation tax and make returns in line with that regime).

The Government is looking to end arrangements involving Employee Benefit Trusts (“EBTs”) and similar schemes. This Budget announced the addition of a “close company gateway” into the legislation, aiming at preventing small companies setting up arrangements to benefit their shareholders and key employees.

The Government also announced the requirement for all outstanding agreements post 5 April 2019 to be notified to HMRC to ensure compliance. This final measure will allow the collection of tax charges from UK employees where the employer is located offshore.

Corporation Tax has been reduced in order to attract foreign businesses to the UK, but the Government has been mindful to ensure that UK companies are taxed fairly when considered part of a multi-national group.

The Government has proposed that it will consult on changing the current ‘intangible fixed asset’ regime and also on creating measures to prevent UK traders or professionals from ‘fragmenting’ their income between non-resident entities to avoid paying tax.

In addition to this, the Substantial Shareholdings Exemption rules will be changed in order to avoid unintended creation of a corporation tax charge when the assets of a foreign branch are transferred to overseas subsidiaries in return for shares. The complexity of these rules are demonstrated by the need to have revisions to avoid ‘unintended consequences’.

Corporate tax and the digital economy

The Government has published a paper on its position on ‘Corporate tax and the digital economy’ describing the difficulty that it (and all governments have) recognising how profits should be taxed in today’s digital world.

This paper recommends immediate action from multinational companies who hold intellectual property eg. a brand name in no tax or low tax jurisdictions. The current strategy enables profits to be transferred to an entity which holds intangible assets and pays little or no tax. The paper recommends applying a UK withholding tax (basic income tax) to royalties paid in connection with products and services to UK customers. The tax will apply even if the supplier is not a UK resident to a non-UK intellectual property holding company. The paper does recognise that this is an interim solution to an international issue that can only be solved with multilateral cooperation.

Mark doubts that they will be successful collecting much tax as the withholding tax will be applied in accordance with the UK’s international double tax treaty obligations. The Government acknowledges that it will respect double tax treaties – so in order to avoid this, intellectual property holding vehicles could be migrated from a country where there is no double tax treaty to a country where there is a low withholding tax applied by the treaty. Inevitably, there are some significant practical obstacles to overcome and it may be difficult for the UK to enforce compliance as the UK does not have jurisdiction over non-residents.

Aligned with the Government’s hardening stance on the use of offshore jurisdictions to avoid paying UK tax, HMRC will consult (in Spring 2018) on extending the time limit in which they are able to assess underpaid tax from offshore arrangements.

It is proposed that if the taxpayer has an offshore connection that has led to the avoidance of UK tax, the time limit within which HMRC can recover underpaid tax will extend to 12 years.

HMRC justifies this proposal by stating that it often takes longer to establish the facts in offshore cases. Currently, HMRC is only able to raise an assessment for underpaid tax up to 4 years from the end of the tax year in question in most cases.

The exceptions to the rule are where an underpayment can be demonstrated to arise from careless or deliberate behaviour – in which case the limit it is increased to 6 and 20 years, respectively.

Categories: Articles and Publications, MDA in the News, Tax Updates, UncategorisedBy Mark Davies & Associates9 January 2018
Recent posts
Go to Top
We use cookies on our website to give you the most relevant experience by remembering your preferences and repeat visits. By clicking “Accept”, you consent to the use of ALL the cookies.
Cookie settingsACCEPT
Manage consent