The Chancellor, the Rt. Hon Phillip Hammond, confirmed today that the proposed reforms to the taxation of UK resident non-domiciled individuals will go ahead in April 2017 as intended. This was revealed in today’s Autumn Budget Statement 2016  from HMRC although the Chancellor refrained from commenting on it in his actual speech. 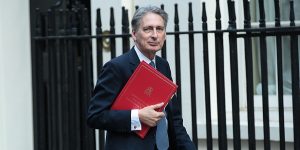 The Autumn Budget confirmed that from April 2017, the concept of deemed UK domicile would be introduced for tax purposes where a non-dom had been resident in the UK for 15 of the past 20 tax years, or if they were born in the UK with a UK domicile of origin.

It added that non-doms who had established offshore trusts before they became deemed UK domiciled “will not be taxed on income and gains arising outside of the UK and retained in the trust”.

Our view: This statement appears to be at odds with HMRC’s August consultation document which suggested that trust income and gains could be taxed when they arise, and not when they leave the trust, where “protections” are lost. It remains to be seen whether this is a careless use of language or whether further amendments will be made to the proposals between now and April 2017.  The draft legislation due to be published on 5 December may finally provide the clarity required for individuals to move forward with pre April 2017 planning.

There is no further detail on the government’s proposals to allow mixed funds to be segregated, or the proposal to offer a re-basing election on assets held by persons who become deemed UK domiciled in 2017.

Wealthy non-doms who will become deemed UK domiciled will need to take urgent tax advice, as almost certainly offshore trust structures will be required in combination with other tax planning strategies and such vehicles take time to establish.

The Autumn Budget Statement confirmed that inheritance tax will be charged on UK residential properties owned via certain offshore structures including offshore companies and trusts with effect from April 2017.

Our view: It is disappointing that the government has not announced any safe route to de-envelope properties and so there may be a significant tax bill to extract properties from offshore structures which will give few tax benefits from April 2017.

The Autumn Budget Statement confirmed the government’s intention to simplify the rules for Business Investment Relief (“BIR”) from April 2017 to make it easier to claim and to provide further incentives to attract non-domiciled individuals to invest their foreign income and gains into UK businesses without incurring an initial tax charge on the remittance.

Our view: Essentially the problem is that BIR rules are too restrictive and a failure to follow the rules can lead to a disproportionate tax charge. In short, the relief is more complicated than it needs to be and it is a welcome move that the government has recognised this and are going to do something about it.

Another interesting announcement concerns intended reforms to the taxation of overseas pensions for those who are tax resident in the UK.  These reforms attempt to align foreign pensions with UK domestic ones, ensuring that that are brought “fully into tax for UK residents”.

At present, UK residents who receive overseas pension income are only subject to Income Tax on 90% of the amount received, provided that they are taxed on the arising basis. However, the government is now seeking to make all foreign pensions and lump sums fully taxable in the UK (to the same extent as domestic pensions).

Additional announcements in this area include an intention to align the rules that tax funds transferred between registered pension schemes; and updating the criteria that must be met in order for a fund to qualify as an overseas pension scheme for tax purposes.

The government will also seek to extend the UK’s taxing rights on expats who retire abroad for up to 10 years (up from 5 years) where lump sum payments are made to non-UK resident expats who have previously benefitted from UK tax relief on the contribution.

Our view: Non-doms with offshore pensions will be disappointed to lose the 10% deduction on their pensions. Similarly, UK residents who intend to retire abroad may unexpectedly find themselves subject to UK tax. Retiring to a country which has the taxing rights on pensions may be helpful.

The Autumn Budget Statement announces the intention of the UK government to bring the UK income of non-UK companies into the corporation tax regime (and not the income tax regime). Such a statement is aimed at offshore companies owning and renting UK property, but the legislative measure is likely to cast a much wider net in its application.

Our view: At first sight, we can see some pros and cons for offshore companies with UK sources of income. The main downside is that the alignment of the rules affecting resident and non-resident companies, primarily in relation to the deductibility of expenses, will remove helpful mismatches between the corporation tax rules and the income tax rules. However, the upside is that the rate of income tax paid by an offshore company is 20%, whilst the government has today underlined its pledge to reduce UK corporation tax rates down to 17% by 2020.

As is common in recent Budgets the Chancellor announced further measures aimed at preventing offshore tax evasion. Amongst the measures announced today are the introduction of an automatic “requirement to correct” where any taxpayer has failed to pay UK tax on offshore interests (subject to time restraints yet to be determined), with additional sanctions for those that fail to do so.

However, the Autumn Budget Statement contains a much more worrying statement for international clients as the government intends to consult on a new legal requirement for intermediaries (such as trustees, lawyers, accountants and tax advisers) who arrange complex structures to hold client money offshore to notify HMRC of the relevant structures and client lists.

Our view: We will await the release of this consultation with interest, as our initial reaction is that such a measure would go far beyond what is reasonable for the UK to protect their tax revenues (especially in the context of CRS and UK FATCA reporting).

In the end Mr Hammond saved (what I am sure he felt was) his best joke until last, announcing that this would be his first and last Autumn Budget Statement as Chancellor; the underlying meaning of which turned out to be the amendment of fiscal policies going forward such that they would only change once a year rather than the current system of an Autumn Budget Statement and Spring Budget. It is hoped that this will provide more certainty to taxpayers going forward, rather than announcing policies in March that become effective a month later from 6 April.

As always, if you have any questions on how these measures will affect your tax affairs, or the affairs of your clients, then please do not hesitate to contact us.

This bulletin is intended to provide general information only and is not intended to constitute legal, accounting, tax, investment, consulting, or other professional advice or services. Before making any decision or taking any action which may affect your tax or financial position, you should consult a qualified professional adviser.

Categories: Articles and Publications, Press Releases and Commentary, Tax Updates, Taxation of NondomsBy Mark Davies & Associates23 November 2016
Recent posts
Go to Top
We use cookies on our website to give you the most relevant experience by remembering your preferences and repeat visits. By clicking “Accept”, you consent to the use of ALL the cookies.
Cookie settingsACCEPT
Manage consent